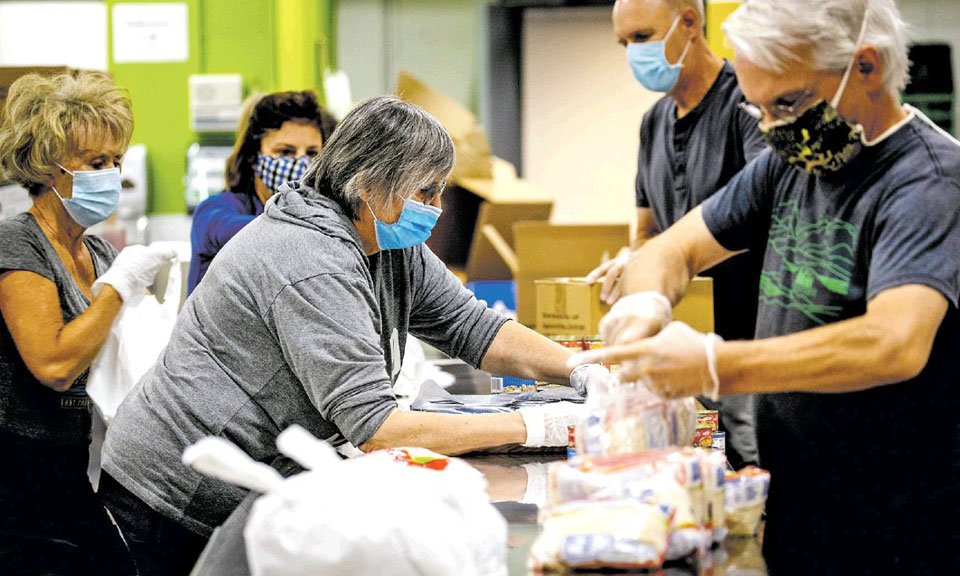 They arrived in cars and on bikes, streaming into a Richfield church lot to grab containers of beef macaroni hot dish.

Outside a St. Paul community center, motorists lined up for boxes of watermelon and other groceries.

In Duluth, a food shelf doled out milk and produce to 100 cars last week, more than any other time during the pandemic.

Five months into the pandemic, the hunger crisis in Minnesota is getting worse.

A growing number of Minnesotans have sought help after a $600 federal unemployment bonus ended in July. Food banks report a spike since the beginning of August. Funds from a $300 weekly boost just started going out but appear unlikely to slow demand for food aid.

“We are in the surge now,” said Allison O’Toole, CEO of Second Harvest Heartland, the state’s largest food bank.

Second Harvest predicts the crisis will peak this month to more than 735,000 Minnesotans who are “food insecure,” or don’t have consistent access to enough food. That’s 13% of the state’s population.

It’s projecting a 70% increase in need for food from July to December.

Read the entire article in StarTribune.

Sign up to keep up with the latest from Meals From The Heart.