We hope you’ll join us for our “Feed The Need” luncheon. Our guest speaker, StarTribune outdoor columnist and editor Dennis Anderson, will share stories about his love for the outdoors and all that is wild about Minnesota – including his efforts to mobilize volunteers and change policy to make our state a better place to live.

Speaking of making a better Minnesota – you’ll also hear how Meals From The Heart works with local businesses, faith groups, and civic organizations to help ease hunger and food insecurity right here at home as well as in communities across the United States.

Spots are limited. If you are interested in attending or have questions, please contact Todd King using the form below. 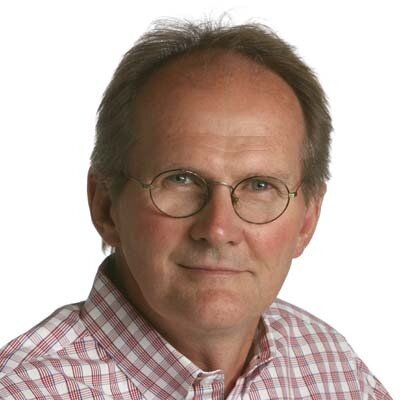 Dennis Anderson has been the StarTribune outdoors columnist and editor since 1993. Prior to that, he held the same position at the St. Paul Pioneer Press. He writes about hunting, fishing, canoeing, boating, and related activities, and also about natural resource conservation.

Dennis was one of three finalists for the Pulitzer Prize awarded in Specialized Reporting in 1988. He also has received the Edward J. Meeman Award from the Scripps Howard Foundation for best conservation reporting in a major newspaper, and twice was a recipient of the Premack Award by the University of Minnesota, honoring public affairs journalism. On two occasions, metro alternative publications named him the Twin Cities’ best newspaper columnist.

Dennis was the principal founder in 1982 of the conservation group, Pheasants Forever. In 1988 he raised $650,000 from readers through his column to purchase a helicopter for the U.S. Fish and Wildlife Service to curb duck poaching along the Gulf Coast.

And he was a primary driving force in the campaign to place the Water, Land and Legacy Amendment on the Minnesota statewide ballot in 1988. Voters overwhelmingly approved the amendment to raise more than $350 million annually for clean water, wildlife habitat, the arts, and cultural heritage.

Dennis holds an undergraduate degree in English from the University of Minnesota, Morris, and a master’s in journalism from the University’s Twin Cities campus. He lives in the St. Croix River Valley with his wife, Jan. They have two adult sons, both of whom live in Montana.